Space Dive – Skydiving for the jumper who’s done everything? 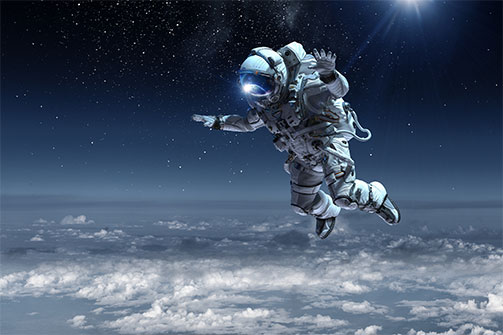 Space Dive – Skydiving for the jumper who’s done everything?

Ok, so you’ve done loads of jumps – the usual tandems, static line, solo. You’ve jumped out of aeroplanes and helicopters, and you’ve played around in wind tunnels. You’ve done formation jumps and might have even broken a few records.

Well, the one thing you most likely won’t have done is to skydive from space!

Actually, to be totally accurate, nobody else has ever done a skydive from space (or space dive) either. However, a few folks have got a lot closer to doing that than the rest of us, and they started a lot longer ago than you might have thought.

Where does space start? 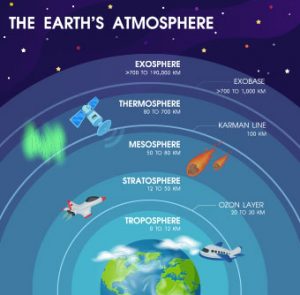 There is a bit of controversy as to where space really starts. The Fédération Aéronautique Internationale (FAI), the world air sports federation, is an international organisation which sets standards and keeps records for astronautics and aeronautics, and their accepted definition of where space begins is called the Kármán line.

This is an invisible boundary at 100km or 62 miles up, between Earth’s atmosphere and space, which is important for legal and regulatory measures; aircraft and spacecraft fall under different jurisdictions and are subject to different international treaties. However, The US Air Force awards astronaut wings at a height of 80km or 50 miles, so the Line is a bit of a movable feast it seems.

Who, when and how high?

As mentioned, nobody has jumped from above the magic 100km mark yet, and nobody has got even halfway there, but a few people have managed safe jumps from the stratosphere – the second major layer of the Earth’s atmosphere, between the troposphere and the mesosphere.

The famous sci-fi writer E.E ‘Doc’ Smith imagined space dives from higher than the stratosphere in his 1934 book Triplanetary, but jumps that high remain a work of fiction for the moment.

The first person to jump from higher than the accepted norm was Joseph Kittinger, a US Air Force colonel. He jumped from a helium balloon at 22.8km or 74,700 feet as early as 1959. The following year, he jumped again from 31.3km or 102,800 feet and set another record.

Just two years later, and not to be outdone, a Soviet Air Force colonel Yevgeni Andreyev smashed Kittinger’s record by jumping from 25.458km or 83,523 feet.

That record for the highest ever free fall jump stood for an amazing 50 years.

Austrian skydiver Felix Baumgartner broke it in 2012 by also free-falling from a helium balloon at a height of 96,640 feet or 29.46km. Baumgartner then went on to smash his own record in the same year, by jumping from 128,000 feet or 39km.

The ones that didn’t make it

There have, predictably, been a few disasters along the way.

Andreyev’s project buddy Pyotr Dolgov was testing an experimental suit on the same trip. He waited until Andreyev had jumped at 80,380 feet and then ascended to 93,970 feet before jumping himself. Sadly, he hit his helmet on the way out of the gondola, cracking his visor and depressurising his suit, causing his death.

In 1965/66, US amateur parachute jumper Nick Piantanida made a set of unsuccessful jump attempts from around 120,000 feet. His face mask depressurised on the last jump and, although he reached the ground alive, lack of oxygen left him brain damaged and in a coma from which he didn’t recover.

Who’s next for a space dive?

To jump from higher up would need the protection of a special suit which hasn’t yet been invented. NASA investigated the possibility of higher jumps from space shuttles in emergency situations, but since that program stopped, no further research has been done by them that we know of.

So, the field is wide open if you have an urge to jump from where no-one has jumped before (to paraphrase a well-known quote!) and have several large bucketloads of funding to pay for it all.

No doubt, one day the problems will be ironed out and people will free-fall from ever higher above the Earth, but it won’t be quite yet.

You can still get a lot of fun and thrills aplenty jumping from a bit lower than the stratosphere.

At Skydive Tilstock, we offer all types of jumps and amazing events, for complete beginners and experienced jumpers alike. We’re also a really nice, fun bunch of folks and will give you an experience that can’t be bettered. Get in touch and book your jump today!